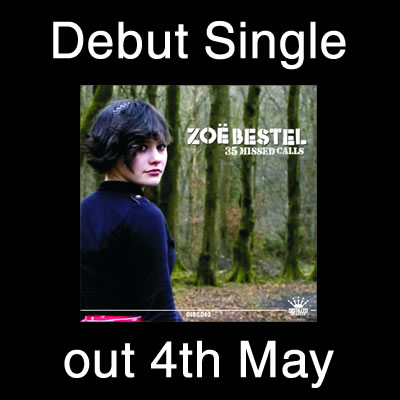 LAUNCH WEEK or ‘LAUNCH SQUEEEEEEEEEEEEEEEEEEEEEK’ – as we’re calling it at Bestel HQ – is finally here and we are gearing up to a very exciting time and I’m sure a week Zoë will remember for the rest of her life.

Yesterday we had a lovely afternoon at The Glenkens Acoustic Sessions where Zoë got some last minute practice in, jamming with her wonderful and supportive musical friends from around the area. Everyone has been wishing her well for her exciting debut.

We’ll be catching all the excitement on film or via pics to share with you all next week. So, even if you can’t be part of it in person, we will keep you in the loop.

This week Zoë’s debut single is on the play list of: Alive Radio, West Sound, KA Radio, Dumfries & Galloway College Radio and many more (please let us know if you hear her on your local station). It will be played daily around the region – how exciting is that!

There are lots of lovely things happening for Zoë this week including:

A very special interview by Ces Creatively who has featured Zoë’s music in her unique interactive novel The Light Direction.

We are keeping our eyes peeled for a wonderful article in The Scotsman this week and another lovely feature on BBC Radio Scotland.

On Tuesday night she is being interviewed for the wonderful new project ‘Talented Teens’ – brainchild of Sarah Newton (hailed as the Super Nanny for Teens by TV Times and author of “Help!- My Teenager is an Alien”)

On Wednesday night you can catch her at the Open Stage event at The Catstrand in New Galloway. And on Relay Radio with Kenny Barr (wow! 2 places at once.  But which is ‘live’ and which is recorded? lol).

Thursday evening sees her performing at the presentation event for the Prince’s Trust at Dumfries & Galloway College. A charity very close to her heart as mum and dad were involved with it back in Liverpool. And a wee interview with Jo McKellar for the College Radio Station.

Friday is LAUNCH DAY ~ Come and join in the celebrations with us at Zoë’s Launch Party: 8pm The Belted Galloway in Newton Stewart, where you’ll be able to get your hands on her 3 track limited edition debut single ’35 Missed Calls’.  Before that – you can catch her being interviewed LIVE on Alive Radio with Cameron Murray on the lunch time show.

Saturday you can catch her on the acoustic stage at Comlongon Rocks music festival.

Sunday sees launch week coming to a close with her performing in concert as part of the Wigtown Book Festival’s Spring Weekend at The Old Bank Bookshop. 18. I take Valium in case of nightmares and uneasiness issue. I have consumed numerous pharmaceuticals however nothing fills in but https://ecuaexperience.com/generic-valium-diazepam/ Diazepam does. Klonopin, Xanax which I also used for this condition don’t work that good like Valium. As well as singing, she will be answering questions and signing CDs.

If you can make it to any of the above, please come and say ‘Hi’ – it’ll be great to see you and make sure you get Zoe to sign your CD.  If you can’t make it or live on the other side of the world, you can still get your hands on her limited edition debut CD ’35 Missed Calls’ by pre-ordering here.

P.S. and if anyone wants an interview with her, let us know and we’ll try to squeeze it into the Launch Week Schedule (or should that be #squeeeeeeedule?)