Wow. Pretty awesome that I was up there. Busy, busy. Although I was playing there on the first weekend so not can’t-walk-down-the-street busy. Met a bloke with really awesome Steampunk type outfit that was handing out flyers for a comedy play which sounded brilliant but sadly we had a train to catch *sad face*

There was also this lady. Ya know those statue people. When you donated money she danced, it was rather hypnotic. 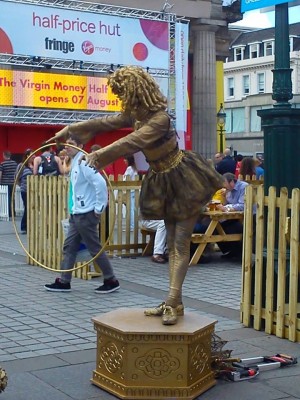 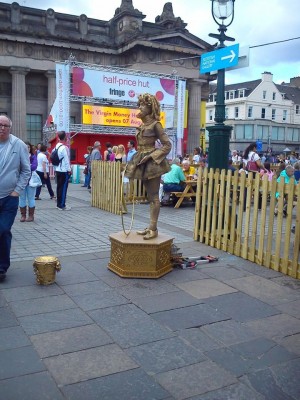 Walking back, another arty-farty lady was drawing on the inside of a shop the sky line of Edinburgh. Which was cool in itself, but what was extra cute was the three children that sat down in front of her on the other side of the glass absolutely captivated. 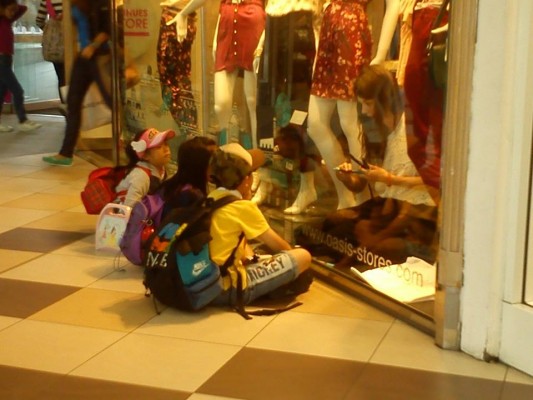 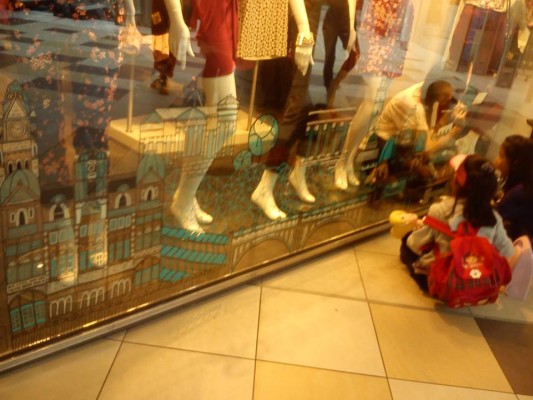 Would love to go back next year just for the fun of the festival. Although it would be amazing if I were playing at the again… *not a major hint at all* 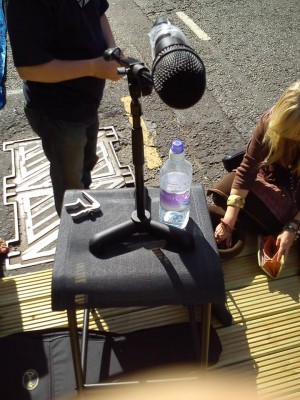 The Waffle TV lovelies (from Wickerman) found me and we did a quick interview, so the video of that is above. They also kindly filmed a live busking type version of San Francisco which featured this hilarious contraption,  The Mic-inator 1000.

Also bumped into lovely Evie. The little gem who sent me this. 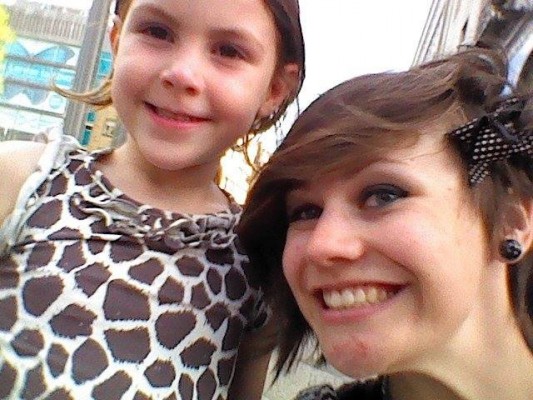 All in all Edinburgh was fun, stayed with some friends, ate some nice food, walked a lot. Basically had my dose of cityness.

Thanks for having me Edin! 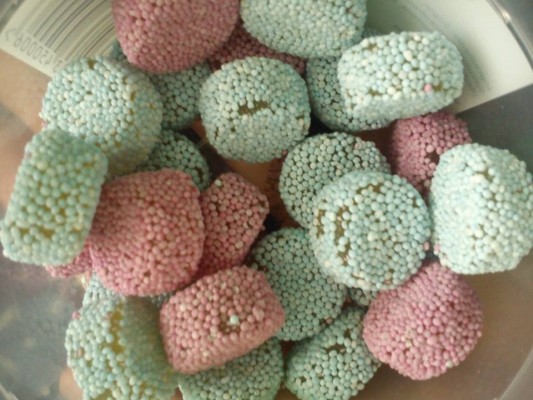